Co-Session #17 Photonics: The Power of Light (I)

Our 17th Co-Session took place in an inspiring place. Inspiring because of its past. An old Phillips light bulb and fluorescent light factory, where it is certain that during the past century many advances in technology related to lighting systems came about for the first time in Spain. Also, inspiring because of its present. Today “El Graner” (The Barn) is a center for creation and deepening of body language and movement. Part of the program, “Creation Factories” from Barcelona’s City Council, provides more than 1,000 square meters and four studios for artistic inspiration, creativity and innovation to those looking for new frontiers in the art of dance and movement. A present dedicated to the creativity and a past linked to innovation and light. A perfect place to submerge ourselves in the future possibilities and opportunities of photonics. 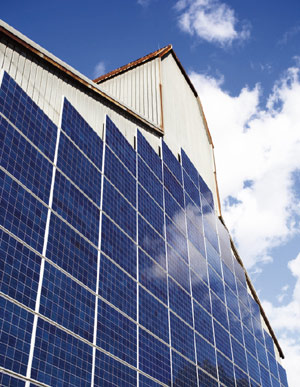 Radical is Normal: What’s got our attention lately

First, we shared what has gotten our attention lately. A “Radical is Normal” time we want to consolidate in our Co-Sessions as a recurring way to inspire and stay up-to-date.  A time to show and demonstrate that whatever seems radical today is and will be, increasingly, the new norm. This time we highlighted among many other cases the recent purchases of WhatsApp by Facebook or of Simple Bank by BBVA.  We have repeatedly said so: the disruption that all sectors will undergo will come from smaller parties out of any industry itself.  The case of Simple Bank also reinforces another of our convictions: simplicity will become an increasingly demanded value. Another example: a zipper that can be zipped up with just one hand. A simple solution to a problem that no one considered it was a problem other than the inventor,  one of his arms disabled. 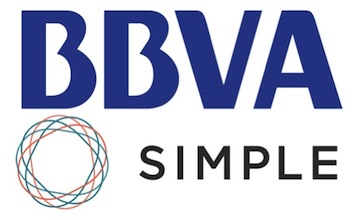 One of the future motors of European economic growth

The European Union includes Photonics among the main 6 KETs (Key Enabling Technologies). This is why it is considered one of the future motors of economic growth of the continent, Lluís Torner, Director of the Photonic Sciences Institute (ICFO), told us. We also discovered that the light has to do with many things: many more things than we know or suspected. Light is present in our feelings, in our lifestyles, in our emotions. This is why, among other reasons, the technological possibilities of light spread across the most diverse sectors, markets, and areas of potential innovation.  Lighting is possibly the most obvious of these, but also health, nanotechnology, the treatment of new  materials or even their use in the most traditional heavy industries. 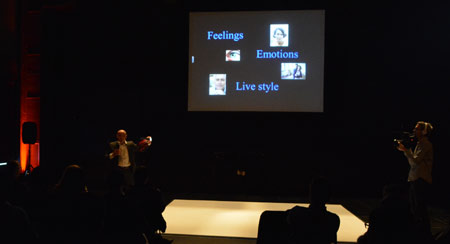 Today photonics is the origin of successful innovations, as the stories of different companies and organizations members of SECPhO (Southern European Cluster in Photonics and Optics) showed us. It was time to learn about them. Like, for instance, the Artificial Vision Center of Tecnalia, working on automatic image recognition applications capable of recognizing archeological sites from satellites or creating the “Google of doctors”, which searches among thousand of photographs of biobanks that are most closely linked to the image of a certain biopsy. Or ICMA-CSIS, proposing cutting-edge solutions which will lead to a paradigm shift in the field of glass and ceramic printing.  ICFO itself have created spin-offs as HemoPhotonics, developed from a system that allows real-time monitoring of blood flow and its oxygen index; an application that can be vital when making critical decisions that save lives. IREC has a Lighting business unit from which consumer photonics is promoted. 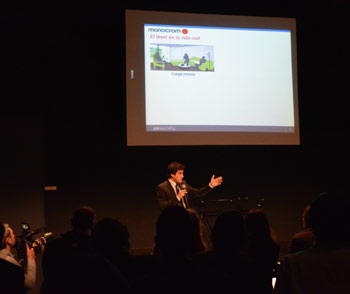 From the CD6 innovation center of Polytechnic  University of Catalonia applications have arisen that have led to the creation of businesses like Visiometrics (objective measurement of sight quality) or Sensofar (Metrology of surfaces at the micro and nano scale.) The Computer Vision Center of Autonomous University of Barcelona, for its part, works on applications that emulate the capacity of the brain to analyze images, with applications in fields as varied as security (the detection of suspicious activity via surveillance camera) or health (the selection of the most interesting images captured by a minicamera  in the digestive tract). Monocrom has been working with Diode lasers for 20 years in fields ranging from aesthetics (hair-removal) to heavy-industry (laser guided cutting) to low-level therapies (Laser therapy) or the aerospace industry. Roffin Baasel makes lasers with missions as diverse as improving the easy open systems for snack packaging or copper soldering, and BCB includes among its developments from remote supervision systems of electric stations to the detection of buried objects. 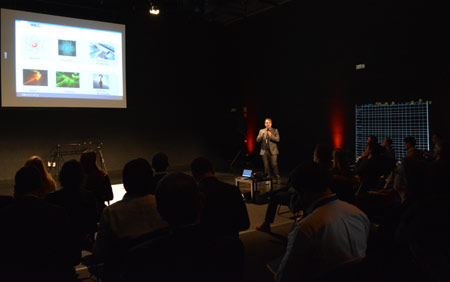