Big data is the expression of the moment, which is why now is exactly the right time to work out what that means.  Big data is at the pinnacle of Gartner’s Hype Cycle of Emerging Technologies, and right now is when we should be asking just what we should be doing with it.

What we should be doing with big data

Co-Society dedicated Co-Session #19 to the response to this question. A response that we wanted to connect mainly with the V of Value, going beyond the other Vs which from a purely technical point of view tend to lead the debate on big data: volume, velocity, variability and veracity. And within the influence of Barcelona’s new Design Hub building and of the Art Directors Club of Europe (ADC*E) annual meeting, the V of Value is seen in terms of generating business; connecting data analysis not only with evidence-based business but also on the processes of creativity that are still not easily substituted by technology.

According to Gartner, only 15% of Fortune 500 companies exploit big data and use it to gain a competitive edge. And the reason for this is simply due to a general inability to convert data to information and information to knowledge. Since 2005 Bestiario.org has been developing solutions for making these conversions, and has demonstrated its success with its participation in the exhibition about the work of Ferrn Adrià, in which the visual representations of a multitude of ingredients and complex recipes take precedence. For JC Dursteler, advanced visualisation of information techniques should have a key role in reducing the current gap between big data hype and its practical application. This was demonstrated by examples of tools developed by Infovis.net, which are notable because they enable data to be put into context and reveal atypical patterns and values, and which stand out above all for facilitating interaction that allows information to be adapted to the circumstances and needs of whoever has to manage it.

Big data is like teenage sex: everybody talks about it, everybody considers themself an expert, and everybody thinks everybody else is doing it; yet in reality only very few put it into practice. This metaphor, repeated several times during the Co-Session, stimulated a response in the presentation of several cases that confirm the exception to the rule: companies and organisations that are putting big data into practice and obtaining business value from it. Companies such as the Barcelona Supercomputing Center, from where a recently-formed group specialising in intelligent cities explores the potential of supercomputing and big data applied to processes, structures and urban policies; or the Repsol Kaleidoscope Project, which processes geological information fifteen times faster than other companies in its field, in order to improve the possibilities of finding oil or gas thousands of metres below ground.

From data mining to data meaning

Other companies are applying the knowledge extracted from big data to the activities and marketing strategies of brand names. In an environment where brand-consumer relationships are increasingly digital, the analysis of big data can compensate for the lack of physical contact with customers needed to identify their concerns and needs. Sergi Guillot from Acceso claimed that the key to effective interpretation is in asking the questions that are appropriate to the data. It’s about proceeding from data mining to data meaning, via an analysis of consumer voices in hundreds of thousands of digital media. Other proposals like those of Rocket ROI have specialised in procuring insight into the digital behaviour of millions of consumers, to optimise the return of investment in SEO strategies, reducing the cost of online conversions right from intention to purchase. 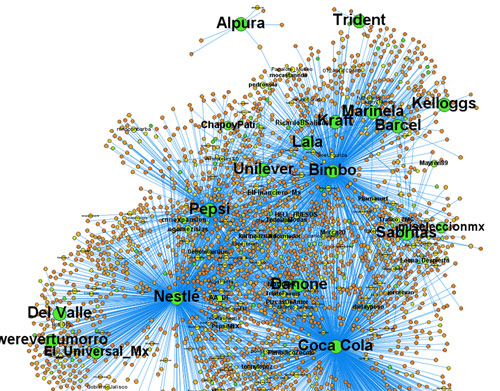 BBVA Data & Analytics is a specific example of the transformation of data into value, when this value exceeds the primary reason for the data’s existence and the core business of the company that generates it. At BBVA Data & Analytics each of the bank’s Points of Sale (POS) works as a sensor within its own context, with an added advantage over other sources of information: each purchase made supposes something more than an intention, it is absolute evidence of an act of consuming. The company has developed several products and services based on the intelligent exploitation of pure transactional data, such as Risk 360, a tool that concedes credits to a business in accordance with factors outside its accounts, like the loyalty of its customers. Another service, Commerce 360, offers shops and companies business intelligence about its customers and their spending power in relation to geographical and sectorial contexts.