Co-Session #26 on Self-sufficiency: Exploring the circular economy as a business opportunity

The concept of self-sufficiency is currently spreading to diverse fields: industry, energy, food production, education, economy… new ways to manufacture, raise crops, or produce energy appear thanks to the emergence and speedy development of disruptive technologies and our need for more sustainable production and consumption models. New opportunities are on the horizon for those companies capable of responding to these new demands and adapting and adopting their business models accordingly.

To become more familiar with the concept of self-sufficiency and interact with some of the relevant technology, we held our Co-Session #26 in GREEN FABLAB Valldaura, an old Catalan farmhouse located in the Collserola forest that is now converted into a project laboratory focused on making reality their vision for a self-sufficient Barcelona. This was made immediately apparent in the first presentation of case studies of companies and start-ups that are already innovating to offer new value proposals and respond to the opportunities popping up in areas such as product self-fabrication, food production in the home or urban areas, the possibility to live off the grid disconnected from traditional electrical networks or the potential of life-long self-training without actually stepping into a school or on a university campus. 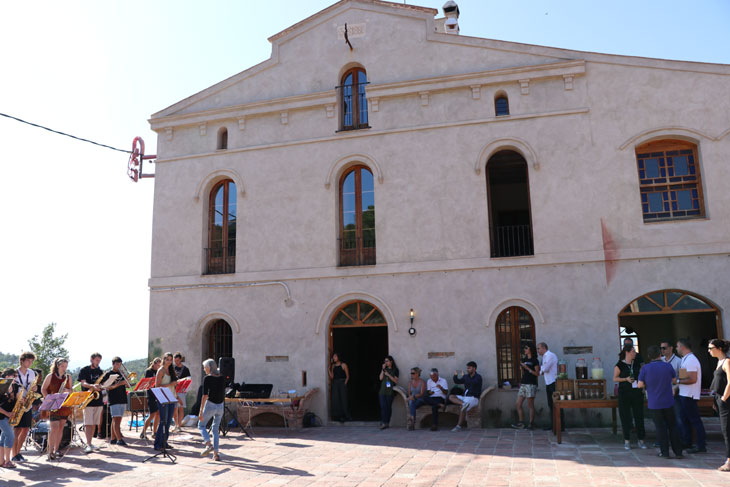 The emergence of new kinds of currency finds is roots in the ideals of self-sufficiency and self-organization. In fact, blockchain, the technology that supports and makes Bitcoin possible, is believed by many experts to be the next great disruption in many areas, since it can function without a centralized registry controlled by “the competent authorities”. For this reason, in this Co-Session about self-sufficiency we spent time learning about blockchain, Bitcoin, and other alternatives to official currencies in order to better understand how they work and what the potential consequences could be.

As Pep Lluís de la Rosa, one of Spain’s leading experts in virtual currency, explained- money is based on trust. For a currency to work, one must be sure that accepting a piece of paper or abiding by a note placed on a bank ledger guarantees that this symbol can be exchanged for real and tangible value. Power- starting with kings, emperors and then governments- has been built on money deposited and guaranteed exclusively on this basis of trust. Blockchain broke this monopoly, making it possible for any organization or company; city, village or neighborhood; or simply a group of people in agreement, to now create and use their own currency in a safe and efficient way. 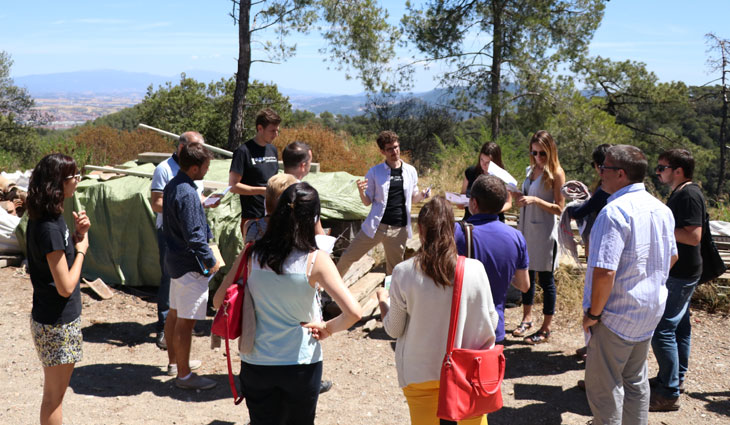 Valldaura partially recuperates its farming history with its initiative to grow crops on some of their fields surrounding the old farmhouse; this is part of a project on collaborative and precision agriculture. We were able to witness how data generation is a fundamental raw material on these fields. Valldaura uses a series of volunteers and QR codes to track the environmental footprint of their small farm, including the people that have worked on it and in what way, for each kind of fruit and vegetable.

Valldaura is also a promoter of Open Source Beehives, an international collaborative project using Open Hardware & Data whose goal is to experiment with different beehives and beekeeping methods to find the healthiest model for bees. Absolutely necessary for pollination, the honey bee population has fallen dramatically worldwide. Here they are using specially designed, open source, DIY beehives built with advanced sensors and highly sensitive microphones that give information about the behavior of their more than 80,000 honey bees, all within the context of a sustainable and self-sufficient beekeeping farm.